Justice also refers not only to the fair trial accorded to the citizens of most countries, but also to the just retribution for victims of a crime, as for example, seeing an offender jailed. Criminal justice is always a goal. All involved in the arrest, prosecution, defense or judgment of a suspect aim to be fair. However, this goal is not always met, accounting for the flexibility in the application of laws, the changes to laws that are unfair, and the judiciary power of interpretation.

As a field of study, most who will work with parts of the law that involve behavior defined as criminal, will study criminal justice. Training and certification for police officers often is merely called criminal justice. Lawyers with a special interest in either the prosecution or defense of suspected criminals may also choose to major in criminal justice in a four-year degree program. Knowledge of the laws, rights and privileges of victims and suspects is essential to aiming for justice in both the court and law enforcement systems 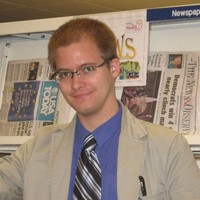